Couple’s Wedding Hilariously Photobombed by Their Own Dog 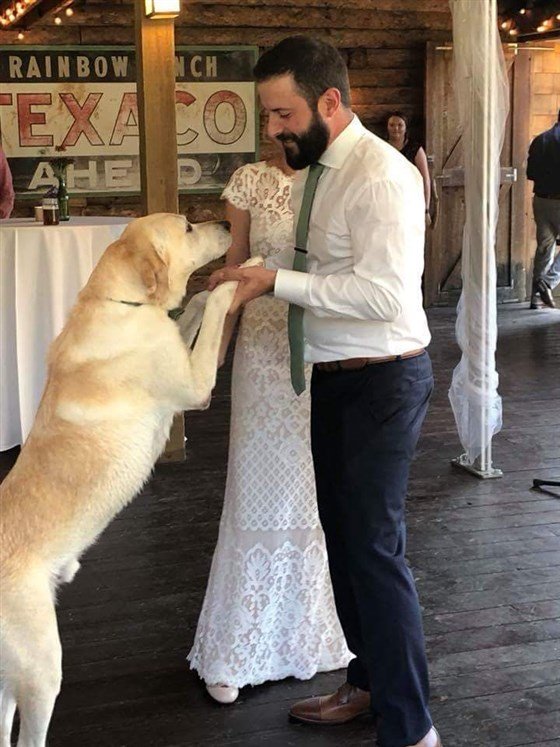 Dog owners and lovers almost always share a universal need to bring their pup on special occasions. It’s essential that these cute creatures also witness important celebrations in the owner’s life. This feeling is precisely what an Illinois couple felt. They love their four-legged sidekick so much that they had their dog on their wedding day, standing on the side like a real ‘best man.’

Angie Blumberg and Jayce Conway shared their big day at Big Sky, Montana on July 28. Both of them were in the cloud nine, and so was their Labrador retriever, Boone who was adorably standing by their sides as they pronounce their vows. The 6-year-old dog was like any other goofy guest in the celebration until he hilariously photobombs a beautiful shot. 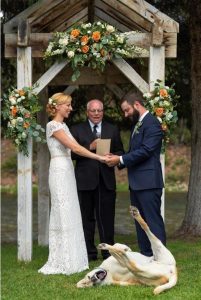 The photobombing experience happened during the opening prayer, the couple said. “The pet was a well-trained dog,” Cornwall added. “I planned for him to stand between my brother and me. Boone was technically the best man, but he couldn’t give a speech so I thought I should give my brother a shot,” he added.

The groom also said that while everyone in the procession was walking down the aisle, the dog behaved and stayed in his spot. The dog was precisely where he was supposed to be during the ceremony.

“And then during the ceremony, he decided to walk to the middle and roll happily in the grass a few times,” the bride said.

The wedding photographer seized the opportunity and took a snapshot of the now-viral photo. The picture of the dog and his owner has more than 50,000 shares on social media, and the number is still growing.

“We didn’t know it went viral until recently,” the groom said. “Last thing we knew, our friend, the photographer, texted us the photo on the night of our wedding and we were just dying laughing.”

The couple were on their honeymoon and was camping in Zion National Park in Utah. They had no cell phone service when the photo took off and became viral.

As the couple is on their next chapter as a married couple, more photobombing photos with Boone and the couple can be expected, maybe? The social media world is waiting!