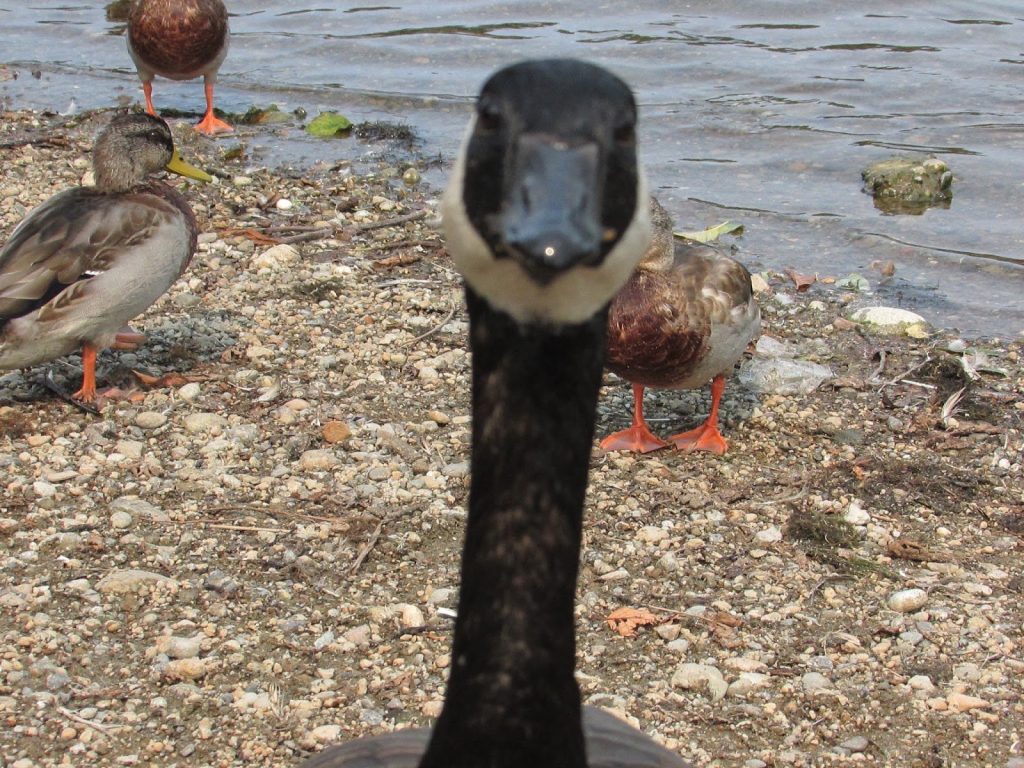 Just when you thought you had it all figured out, a curious goose walks into the picture like it knows what’s going on.

The art director, Bruce Hill missed the focus of this shot, but he didn’t fail to capture this seemingly squinting goose. Did Bruce do something wrong? Was the goose the protector of the ducks, or is it merely jealous of the spotlight?

Why the inquisitive look? Nobody knows why it landed there, photobombing its way into the picture.

This hilarious photo, taken at Bitter Lake in North Seattle, suggests that the neighborhood is home to various sorts of entertainment.

The said neighborhood has played a more prominent role in Seattle in the mid-20th century. Dating back to May 24, 1930, until 1961, Bitter Lake was home to Playland.

Playland was one of several amusement parks built by the Washington Amusement Company. The amusement park was purchased a year after it opened by a designer and builder of roller coasters, Carl E. Phare. He also designed The Dipper, a roller coaster with 3,400 feet of track and a maximum altitude of 85 feet.

Other notable attractions in Bitter Lake back then was The Canals of Venice. It allowed 1,200 feet of darkness that may have been Seattle’s most famous makeout spot for two generations. It also had a dance pavilion that measured 9,600-square-foot of a hardwood floor.

Today, part of where the Playland used to stand is now the R.H. Thomson Elementary School. And the Bitter Lake Community Center is located on the site of the Dipper.

Funny how the squinting goose represents the colorful history of Bitter Lake Amusement Park. Thanks to this photo taken by Bruce Hill. This picture is just one his numerous creations. Most of his art is present in various Hollywood films like ‘Dracula: Dead and Loving It’, and ‘Panther’.