It’s no secret that Derek Hough can dance his way to almost everything. This includes photo bombing his sister Julianne Hough and her husband, Brooks Laich as they posed for the cameras at the red carpet of the 69th Primetime Creative Arts Emmy Awards.

The couple was having a good time walking down the red carpet for the first time as a married couple. Hough, being a playful brother, momentarily steals the spotlight. After all, waltzing in at the perfect timing is Hough’s forte! 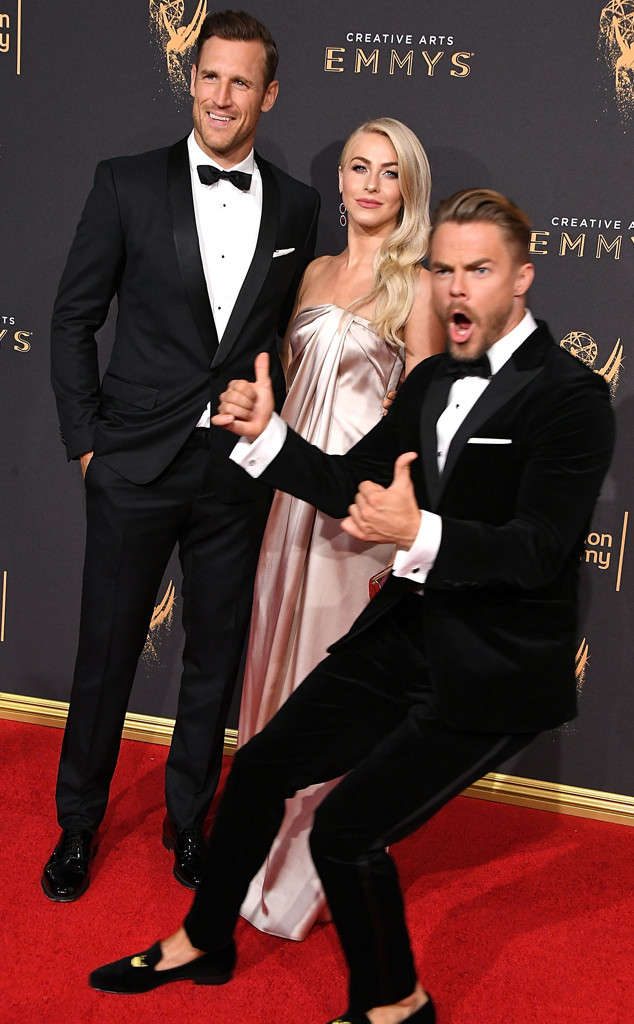 This photo bombing incident isn’t the first time that the spotlight was on Hough. In the recent Creative Arts Emmy Awards, he was one of the nominees for Outstanding Choreography for Dancing With The Stars.

Dancing With The Stars is an American celebrity dance competition TV series, which is now in its 25th season. Hough’s nomination was one of the seven nominations the show has received this year.

Although Hough didn’t bring home this year’s trophy at the Emmy’s, he was more than happy to attend the ceremony with his sister, Julianne. She was his dancing partner on the last season of DWTS.

After being a six-time DWTS champion, Hough will be away from the center stage as he avails a front row ticket as one of the judges of World of Dance.

World of Dance is a dance competition series that began in 2008. This season, the series boasts its powerhouse line up of judges: Jennifer Lopez, Ne-Yo and our very own multi-talented photo bomber, Derek Hough.