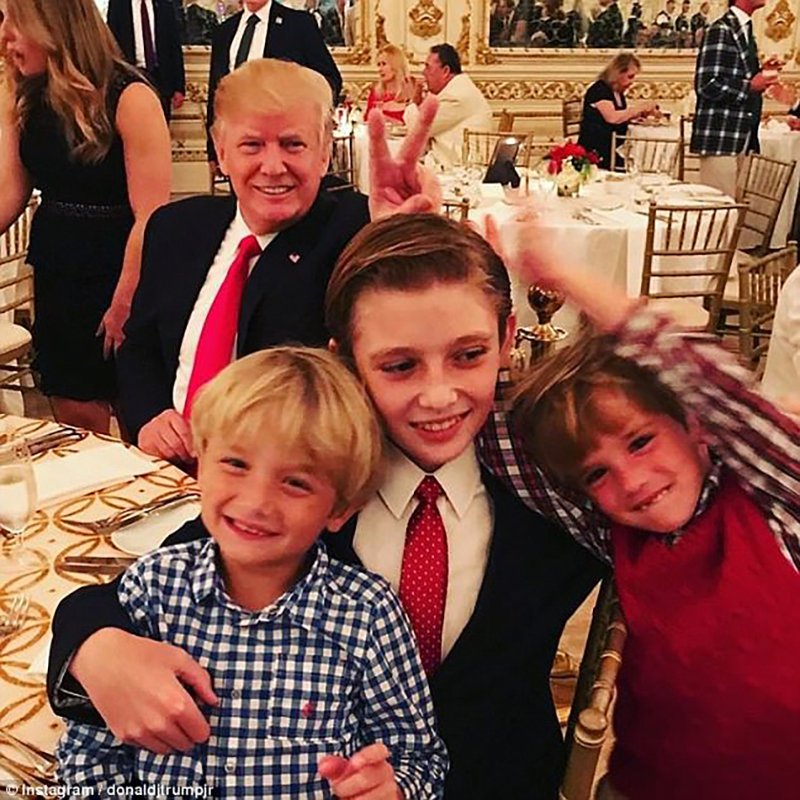 Christmas is one of the greatest times to take a break from work and stress. The president of the United States, Donald Trump, 71, undoubtedly thinks the same way! On a Christmas dinner with his family, Trump made an impressive photobombing stunt you’ll never want to miss.

Donald Trump, Jr. on Instagram shared a picture of his brother Barron (11) smiling in between sons 5-year old Spencer and 6-year old Tristan. The picture of the trio wouldn’t have been more fun without their photobomber. President Trump raised his two fingers just above his son’s head, mimicking ‘bunny ears’ as he photobombed the kids’ picture.

The photo appeared to be a holiday gathering of the family on a Christmas eve. Barron and his nephews are doing what kids usually do: have a good time.

It looks like everybody is having a great time just enjoying time off from the stressful days, especially President Trump. It’s not easy to run a big country. He deserves the time-off, everyone does, whether you like them or not.

The shared photo had a caption that says, “Ha, now that’s a photo-bomb. @realdonaldtrump jumping in on a photo of Spencer and Tristan horsing around with Barron at Christmas dinner. Too funny.” Netizens were quick to comment on the president’s photobombing stint with his son and grandchildren.

The Trump family went to their Mar-a-Lago Club resort in California for the holidays. Trump spent the rest of his holidays relaxing and golfing at the Trump International Golf Club.

As of now, the president has a total of nine grandchildren with Eric and Lara Trump’s son, Eric ‘Luke’ Trump as the youngest. Their baby was born last October 2017.

So, how’s President Trump’s photobombing act? Let us know in the comments below!