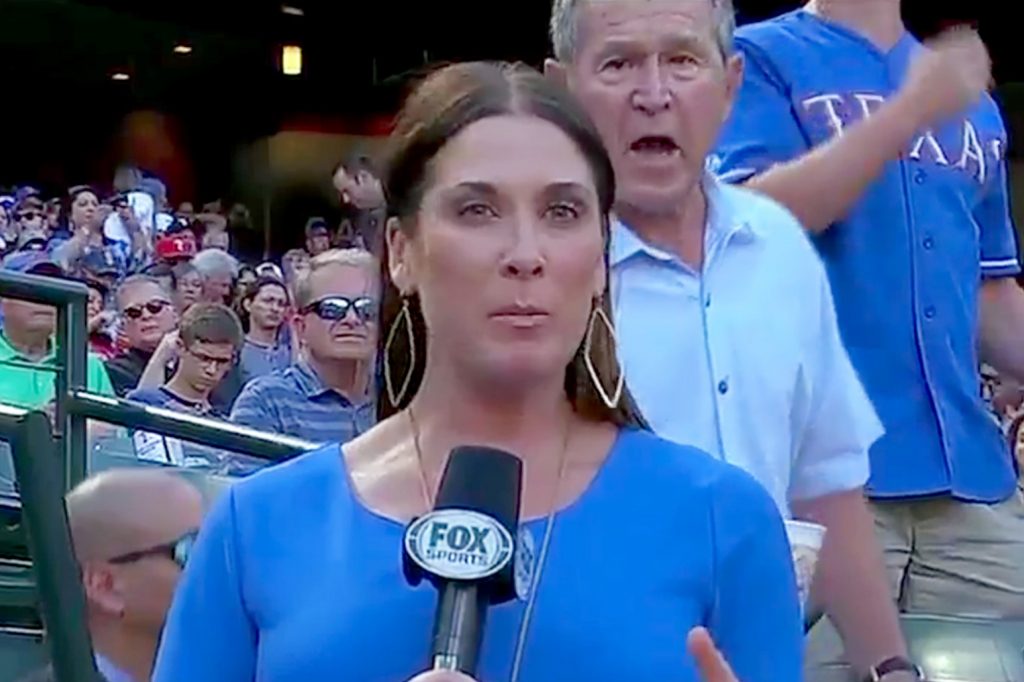 Photobombing has been a very common thing nowadays. Even a former president can’t resist temptation of playfully photobombing someone! A presidential photobomb definitely kind of levity that nation needs right now.

As Fox Sports reporter Emily Jones wrapped up her live coverage of baseball game, former president former co-owner of Texas Rangers (1989 – 1994), popped behind her back with a beverage in hand. As he passed by her, he shouted a “Hey!” and went like nothing happened. Here’s clip:

This photobombing incident online world express different reactions toward former president. Fox Sports reporter Emily Jones admitted that she didn’t notice him. She only knew about photobombed scene when her co-workers informed her. She then tweeted it Twitter captioned moment with, “My most favorite photobomb ever!” As Jones said, she has been photobombed several times before, but nothing beats being photobombed by George W. Bush.

According to Times’ Ashley Hoffman, Jones approached Bush asked him if he had photobombed her. Without hesitation, he admitted with a “Yep, I sure did.” response. He must’ve had a fun time while doing that ‘popping on screen’ scene. former president proves to be cooler much more laid-back than before. There’s no way people wouldn’t love this fun side of the former president.

The baseball game between the Texas Rangers Philadelphia Phillies finished with a victory Rangers, marking their 8th consecutive victory.