As brides always hope for the best during their wedding, a couple unexpectedly caught up with intense surprise as their a high-speed police chase photobombs their wedding photos.

The newlyweds Becky and Toby Eyre tied their knots and was busy capturing moments with their resident photographer.

Just as they thought it was just a day of romantic celebration, two patrol cars with their blaring sirens entered the picture.

One police officer was chasing a suspected drug dealer. He was accompanied by the two patrol cars. As the situations rose, Mr. and Mrs. Eyre ducked their way out of the scene during a police chase on Saturday, February 3, 2018. 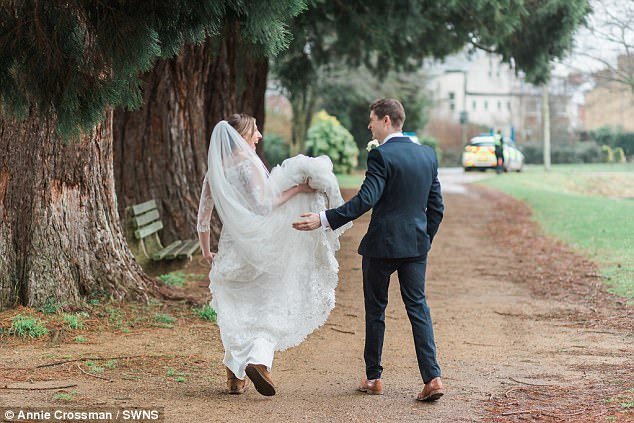 As the police arrested the man, the couple hid behind a tree and watched as the cops did their job. After the incident, they showed up and returned to pose for more wedding photos. 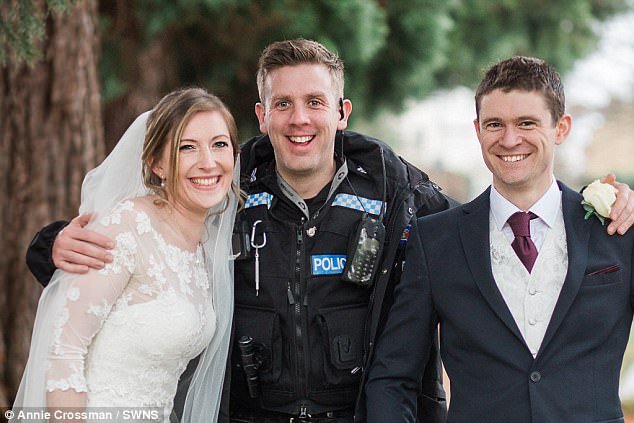 In one photo, the couple was peering out a car as the bride clutches her long lacy white gown.

In another photo, the bride posed with the patrol car and laughed at the camera. Look at the Ugg boots beneath her gown. It suited the unexpected event.

Another photo captured the police officer as the couple was grinning with him.

Mr. and Mrs. Eyre tied their knots in St Aldate’s Church, Oxford. They went to Hinskey Park to take photographs of themselves. 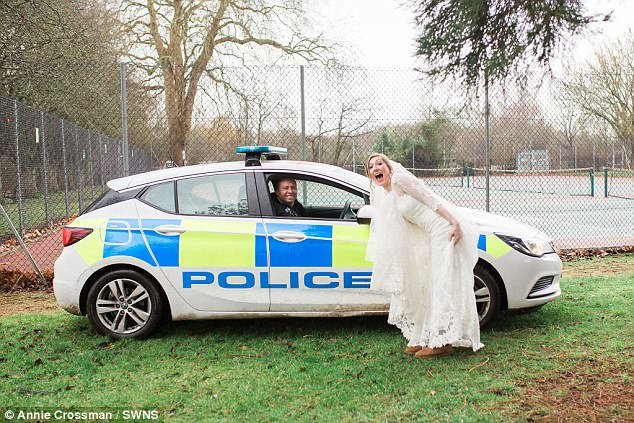 Funny how things quickly escalated from romantic to thriller. They were taking photos for about five minutes, and they had to get off the path to give way to the police car.

“We usually try to photograph weddings as they happen and keep it authentic so I kept them in. I thought it was annoying at first, but then I thought, no, it’s quite funny.” Mrs. Crossman, the photographer, said.

A spokesman for Thames Valley Police said that the arrest was for a 36-year-old man from Oxford and a 43-year-old man from South Hinksey. They were suspected of possessing Class A drugs. Both were released after the necessary investigation.

The newlyweds are currently on honeymoon and unavailable for comment.