Theresa May Photobombed by Elmo 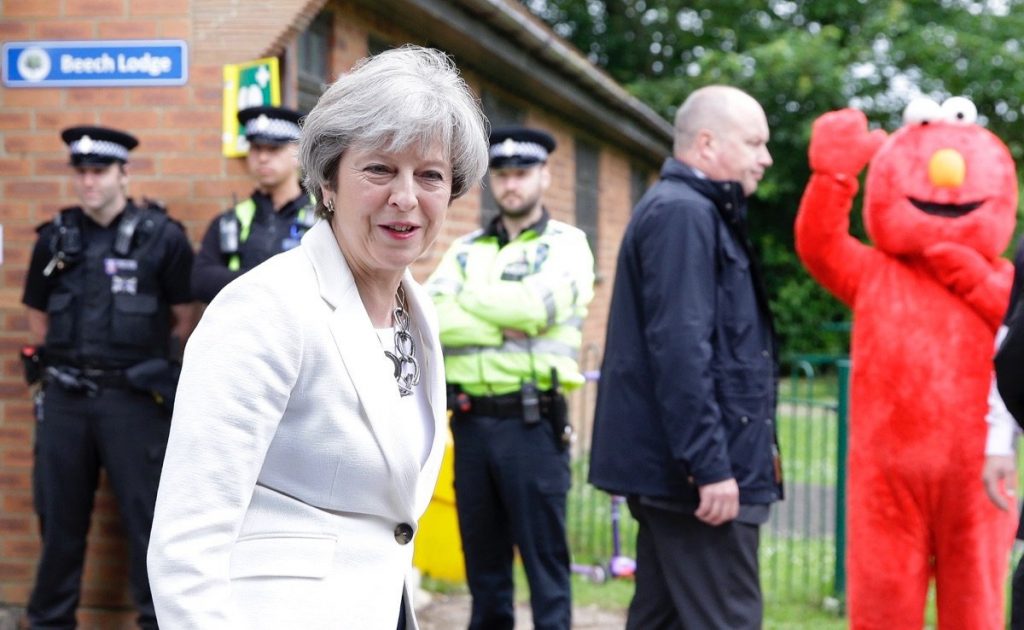 Prime Minister Theresa May got photobombed by the famous red Sesame Street character as she cast her votes at Maidenhead, England.

It was a perfectly timed picture!

When PM Theresa May left after voting in the general election at Maidenhead, a person wearing an Elmo costume waved at the polling station.

You can see Elmo’s comical look as he waved behind the Prime Minister.

What was Elmo doing at the polling station where PM Theresa May cast her votes? Was he giving his all-out support for the Prime Minister?

For the record, the person behind the Elmo costume is actually Bobby Smith’s mother, who supports her son’s campaign.

Bobby Smith, a 34-year old truck driver, is a fathers’ rights protester. Mr. Smith used Elmo as the figurehead of his campaign. This is because the first two letters of his two daughters’ first names spell ‘Elmo’ when combined.

He used the Sesame Street character to stress out his custody dispute. You can view Mr. Smith’s case featured on the Fathers4Justice website.

The Prime Minister actually called the general election hoping that the Conservative Party’s slim majority in Parliament may increase and she may gain more power in European Union exit talks.

However, the campaign didn’t go as planned. Two deadly attacks occurred which became a security issue during elections. PM May was also criticized for poor campaigning.